Our beers are all made from scratch – no syrups or extracts, just fresh malted barley milled here right before we mash. We have a wide variety of beer styles available from the lightest lagers to the darkest stouts or the hoppiest IPAs.

Each batch produces approximately 48L. Ales are ready in 2-3 weeks while Lagers and Pilsners take 4-5 weeks. Once fermentation is complete, you’ll bottle it up yourself using our bottling equipment and your choice of bottles or cans – we carry a variety of different bottle options to best fit your lifestyle and personal aesthetic.

Prices shown below include all fees and taxes but do not include the cost of bottles or cans – you can provide your own, or you can see our selection of available bottles and cans here.

Planning a wedding? Family Reunion? Group Getaway? We can help! We have portable draft beer dispensing options available for rent along with discounts for purchasing multiple beers at once. Check our Wedding & Event Package page for more details on our current offerings.

Choosing the right beer is simple – come in for a chat and tell us what you like. We can adjust our recipes to your taste – enjoy a particular type of hop? We can do that. Want something that’s just simple and easy drinking? No problem. From the lightest lager to the most bitter IPA, we have you covered.

Not sure what you like? We can help you there too! There’s no “right” way to like beer – you tell us what you enjoy and we’ll do our best to make that happen. We’ll usually start by asking you about what your favourite beers to buy at the liquor store are – from there we can help guide you to the best fit with what we make here at Terminal City Brewing.

Looking for something unique? We are happy to adapt our recipes just for you. While we can’t always match other beers exactly, we can create a recipe that will approximate most craft brews.

There are two very distinct styles of beers – Ales and Lagers. Ales predominantly originated in the United Kingdom and later became a staple of the North American Craft Beer world. Lagers (and their close cousin Pilsners) originated in Germany and have likewise spread globally to become one of the most popular styles of beer around the world. What’s the difference?

What’s the difference between a Lager and a Pilsner? Hop content. Lagers tend to have the minimum hops needed to preserve the beer, while Pilsners are usually a little more flavour focused with a higher hop (bitterness) content. If pure easy drinking is what you’re after, Lagers are usually where you want to be. If you want your beer to have a little more punch while maintaining that lovely golden straw-like colour, a Pilsner might be more up your alley.

Lagers and Pilsners use a yeast that prefers cooler temperatures, around 11-12C. The particular “breed” of yeast is called “Saccharomyces Pastorianus”. To produce a proper Lager or Pilsner, the fermentation temperature needs to be kept at this yeast’s preferred temperature for a longer period of time than an Ale yeast. After 3 weeks of fermentation at a Lager yeast’s ideal temperature, the beer needs to rest for another few days at around 22C. This period, called “Diacetyl Rest”, allows the yeast to clean up a buttery flavour note that most folks don’t enjoy in their beer.

Most home brewing kits assume you won’t have a temperature controlled fermentation area that can maintain that happy 11-12C temperature, so they use an Ale yeast instead. While you’ll end up with beer, it won’t have that classic light clean drinking taste that we generally expect from Lagers and Pilsners. Here at Terminal City Brewing, we’re proud to offer a dedicated Lager fermentation room which maintains proper Lager temperature for the best possible results. This also means our Lagers and Pilsners take about 4-5 weeks to ferment – good things are worth waiting for!

Ales, IPAs, Stouts – this style of beer tends to be a lot more substantial than its Lager and Pilsner cousins. Ales start with a hefty grain bill including Maris Otter pale malt, along with a variety of specialty grains. We tend to find the strongest hops in Ales too – everything from a relatively mild Coastal Pale Ale to the insanely bitter Hopping Mad IPA.

Ales tend to have a higher alcohol content along with a more substantial body. Copper coloured beers, lots of bitterness and ABVs hovering in the 5.2-5.5% range for basic Pale Ale styles is the norm. Ales ferment at a warmer temperature and finish fermentation faster than Lagers.

Ale yeast is called “Saccharomyces Cerevisiae” – this strain prefers warmer temperatures around 22C. Our dedicated Ale room makes sure our Ales are all bubbling away happily! Ales finish in about 2-3 weeks – perfect for those of us who need their next batch quickly!

Stouts, Porters and IPAs are all special types of Ales. You’ll find the strongest flavours amongst these siblings – from the deep black smoky notes of an Irish Stout to the strong bitter hoppiness of an IPA, these beers will make you stand up and take notice.

CARING FOR YOUR BEER

Always store your beer in a cool, dark place. A fridge is ideal. There are NO preservatives in our beers; shelf life is reduced if you store in a warm place. Shelf life will vary depending on storage and containers, but beer stored in a fridge in clean glass bottles will happily last 3+ months. Some styles (IPAs, stouts, etc) will last quite a while longer. We can only guarantee our beer when bottled in new bottles or cans, but we’re happy to teach you how to care for your bottles so they can be reused.

Our staff can answer all of your questions about the brewing process or check our FAQ.

Cleanliness is everything with beer. We carry everything you need to clean and sanitize bottles at home. We also carry a wide range of New Beer Bottles. Beer bottles need to be able to hold pressure and accept a new pressure tight cap – crown cap or “pry-off” glass bottles are affordable and last a long time. Larger bottles tend to be more convenient at bottling time. Flip top bottles along with PET plastic bottles can be re-closed after opening, making it easier to save part of a beer for later. We also carry aluminum beer cans and have a can seaming machine on site.

Keg filling equipment available! Have a kegerator at home? We can help.

Each batch makes 48 litres of beer which can be bottled in plastic, glass, or aluminum cans. Ready in as little as two weeks.

Have questions regarding our beers or brewing process?

Check out the Frequently Asked Questions. 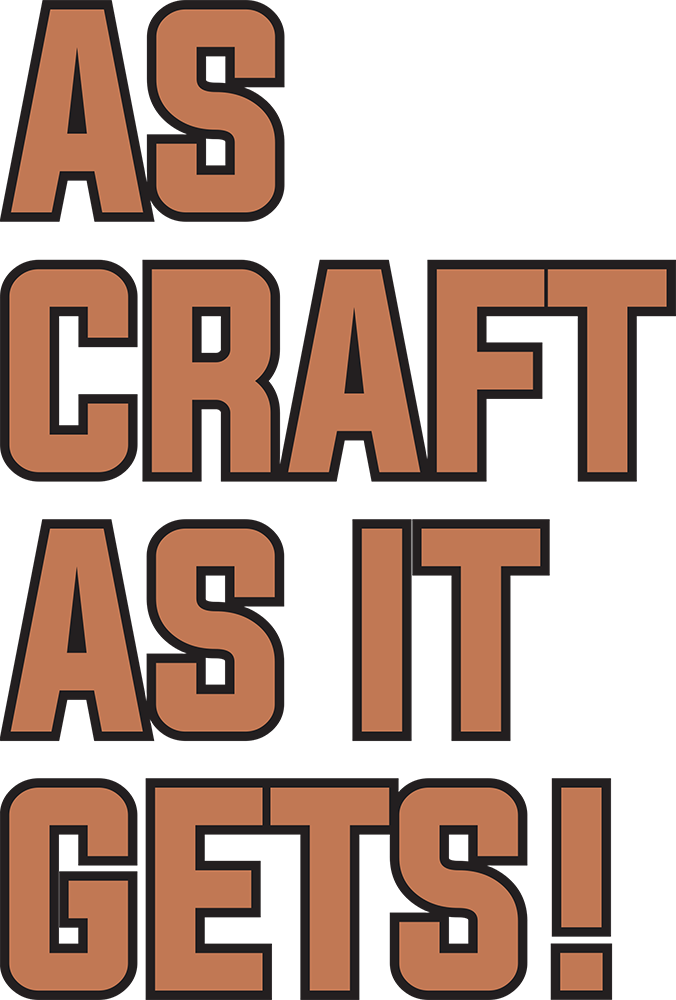