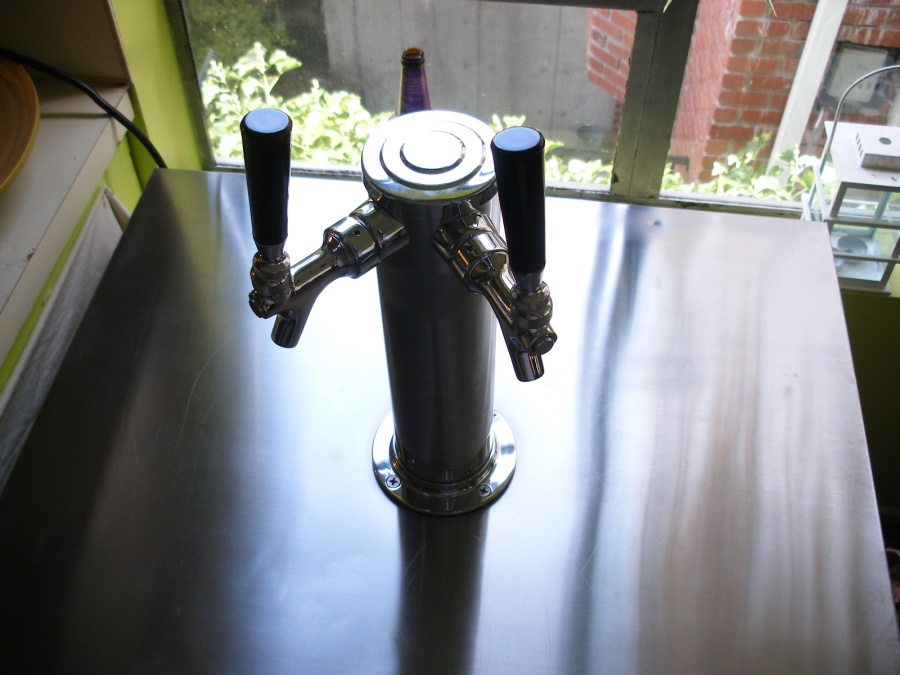 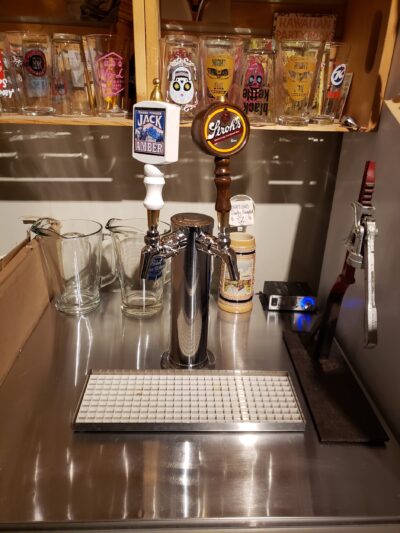 Thinking about a home draft system?

Tired of having empty bottles all over your kitchen counter? Not necessarily the best at keeping your bottles clean, or want to eliminate the hassle of refilling your bottles here at Terminal City Brewing? A home draft system is the answer!

A kegerator is a refrigerator dedicated to holding a keg, with the associated dispensing equipment attached. You’ll sometimes find kegerators called “direct dispense systems” or “short draw systems” by people in the industry, but unless you’re being pedantic a Kegerator is all you need to know.

There’s nothing quite as convenient as beer on tap at home. I’ve had my kegerator running for nearly 15 years now – in addition to just being an awesome conversation piece when your friends are visiting, you also get rid of the hassle of washing and storing bottles.

How Long Will Beer Last In A Home Draft System?

There’s no question, beer is happiest when kept cold and dark in an oxygen free environment. That’s exactly what you get keeping your beer in a keg – our transfer setup lets you fill your own kegs here in the store once your batch is ready. Most styles of beer will be happy for 3+ months in a refrigerated keg. More robust styles such as IPAs and Stouts will last far longer than that; I once had an Imperial Stout on tap at home for around 9 months. Since the beer is never exposed to anything but pressurized CO2 it doesn’t go flat or become oxidized. 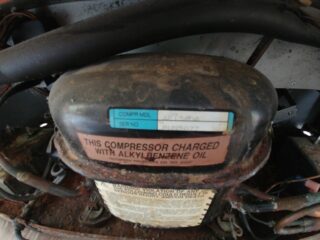 You can often find used kegerators on Facebook Marketplace or Craigslist – if you go that route, expect to spend about $50-100 after the fact for repairs like replacing lines, the keg coupler or the faucet. Make absolutely sure the refrigeration part is working properly, if it isn’t cooling properly you should consider your potential new friend to be junk. It is unfortunately very common to stumble across a “great deal” on a used Kegerator but the fridge won’t cool below 12C if at all. Generally the refrigeration system in any kegerator designed for home use is not serviceable, though electrical parts like the thermostat or compressor start/run relay may be replaceable.

The CO2 bottle and CO2 regulator is another thing to keep an eye on – if either isn’t included, expect to spend some money there. CO2 bottles have a 5 year certification expiry date after which they cannot be filled without an inspection, this costs about $50 at a suitable facility (we use Fairlane Fire for our cylinder refills and inspections). New CO2 bottles range from $150-300 depending on size. Used CO2 bottles often pop up on Facebook Marketplace or Craigslist, but again these are often expired and will need certification before they can be filled.

New Danby / Insignia / Igloo single tap kegerators often can be found on sale for about $400 new through Costco / Home Depot / BestBuy and other big box stores. These are great starter kegerators, though they usually don’t have the best quality parts like faucets and couplers. Those parts can be upgraded down the road though. They typically include a 5lb CO2 bottle and regulator, along with a chrome plated brass coupler, a basic faucet, a plastic draft tower and all of the required lines. These kegerators are almost always sized for a single “half barrel” keg like the ones we use here at Terminal City Brewing. Dual tap models are usually intended to be used with “Corny Kegs”, other wise known as pop kegs. These smaller 19.5L kegs are often used by home brewers. We can help you split your batch up in to 3 Corny Kegs when you come to pick it up, though we don’t currently provide Corny Kegs (you’ll have to find them yourself).

Used commercial kegerators pop up for sale from time to time – brands like Beverage-Aire, True, Summit, etc. These types of kegerators are usually built a lot better and will do a better job keeping the temperature consistent than the smaller machines meant for home. They will be able to cool down a warm keg much faster than the “home use” ones. On the flip side, they tend to be noisier and use more electricity. You’ll often find nice features like an integrated drip tray, better cooling for the draft tower, etc. New commercial kegerators start at around $1000 and go up from there, so even used they tend to be somewhat pricey. Some larger models will accommodate two 30L “slim quarter” kegs which is a great way to have two different beers on tap at home.

Build Your Own Home Draft System 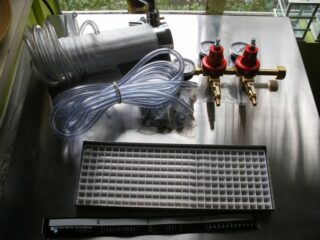 You can make your own kegerator fairly cheaply starting with a used apartment sized fridge – we can help get you the hardware and everything here. A lot of folks will find a fridge with a separate freezer; the freezer makes a great place to store beer mugs for a frosty cold pour. Generally you can get all the parts together for a few hundred dollars depending on how fancy you want to go. Used apartment sized fridges are often available for around $50 – these make an excellent kegerator once the shelves are removed, plus you can usually still fit some other beverages inside.

Some folks will make a “keezer” using a chest freezer. An external temperature control like an Inkbird gets added which allows the freezer to run at refrigerator temperatures. The downside to this setup is you need to lift the keg over the rim of the freezer when changing it out – a full 48L beer keg is over 125lbs so not necessarily a great option for a lot of people. Some folks will split their batch between multiple smaller kegs for exactly this reason (plus you can set up multiple taps for multiple flavours). Chest freezers are usually pretty quiet and fairly compact, you just have to live with the ongoing hassle of lifting the keg every time you change it.

What About Going Out?

“This all sounds great, but what am I supposed to do when I’m not at home?” Yep, you can’t bring your kegerator with you, but you certainly can bottle up some beer whenever you need to quite easily. The process is just the same as bottling here at Terminal City Brewing, though you might not have quite as fancy a dispensing faucet as we use here in the shop. I like to use stainless steel insulated bottles when I go out – they are easy to clean at home and will keep your beer cold and carbonated for quite a while. Best of all, the beer is always fresh from the tap that day.

Whether you buy new, used, or build it yourself, a home draft system makes enjoying beer at home so much easier than bottles or cans. Your friends will be dying to visit once you’ve poured them a frosty cold one!

Want to know more about building your own kegerator, or advice on a potential purchase? Feel free to Contact Us for more information.

Looking for draft parts? We carry an ever-growing line of draft hardware. We can order in most parts too, if you don’t see what you’re looking for, drop us a line and we’ll do our best to help.